Railway Union 2 (H de Burgh Whyte, K McKenna) Old Alex 1 (A Connery)
Kate McKenna’s goal out of nothing continued Railway Union’s dominance in the Jacqui Potter Cup as they won for the sixth time in nine years, making it four trophies in one day for the Park Avenue club.

They just about prevailed against an Old Alex side inspired by the brilliant Aine Connery and Lisa Jacob who agonisingly missed last-ditch chances to send the tie to a shoot-out.

As it was, McKenna’s snap-shot from breaking ball in the 45th minute – following a hopeful ball from Niamh Shaw that was miscontrolled – decided the day. She was one of two All-Ireland ladies football senior champions on show along with Molly Lamb and showed her relish for the big stage.

Recent years have seen Railway benefit in this final from opponents missing due to international commitments but they were the ones down key players this time with Sarah Hawkshaw and Anna May Whelan on the sidelines.

Nonetheless, the Sandymount side started the better with Zara Delany bounding forward at every opportunity. They hit the front in the 21stminute from a penalty stroke, awarded for an Alex body blocking a shot on goal, Hannah de Burgh Whyte doing the necessary.

Alex bossed the second half, however, and were level following Jacob’s beautiful spin to lay off to Emma Russell whose nudge was finished off by Connery.

Railway got their instant reply before spending much of the last 25 minutes on the back foot, including a last second chance for Spanish exchange student Paula Pena.

The holders clung on, however, to continue their brilliant run in this competition and an awesome day for Railway in general as the club won four trophies from four games on St Patrick’s Day.

Their second team took the Jacqui Potter Shield with a shoot-out win over Loreto II. Cliona McCullough bounced in for Railway to take a 1-0 lead at half-time but Loreto fought back to equalise when Caitriona O’Kelly returned to the pitch after an injury to score from a deflected penalty corner.

That came with four minutes to go, forcing the shoot-out where scores from Lucy Crowe, Martha McCready and McCullough earned the victory with Riona Norton making the vital saves.

It was an eventful day for Crowe who scored the only goal of the Junior Jacqui Potter Shield final as Railway won 1-0 against Old Alex. 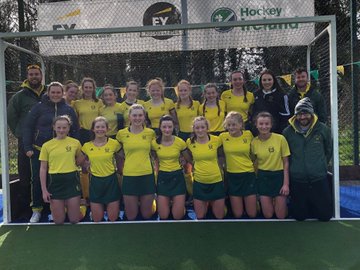 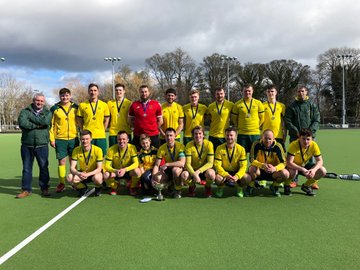 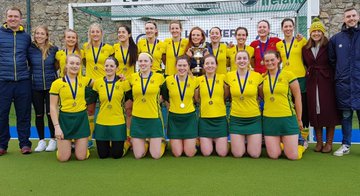 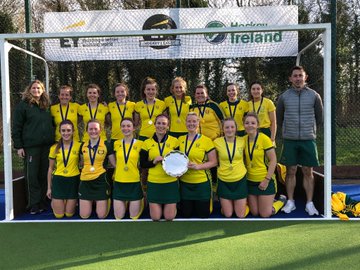 On the men’s side, Railway won the Neville Davin Cup with a 5-1 success against Portrane. They got off to a cracking start with Rob Devlin getting them rolling.

Michael McKenzie doubled up after a good team move and corner injector Fergal Keaveney cleaned up the third after the initial shot was blocked. Imran Khan got one back from the penalty spot but McKenzie restored the three-goal advantage at half-time with a one-handed reverse.

Railway completed this win when Elmo McCarthy played a lovely through ball to David Sheil who crossed for Daragh Curley to finish off.

Close Menu
Park Avenue, Sandymount, Dublin 4
We use cookies on our website to give you the most relevant experience by remembering your preferences and repeat visits. By clicking “Accept All”, you consent to the use of ALL the cookies. However, you may visit "Cookie Settings" to provide a controlled consent.
Cookie SettingsAccept All
Manage consent

This website uses cookies to improve your experience while you navigate through the website. Out of these, the cookies that are categorized as necessary are stored on your browser as they are essential for the working of basic functionalities of the website. We also use third-party cookies that help us analyze and understand how you use this website. These cookies will be stored in your browser only with your consent. You also have the option to opt-out of these cookies. But opting out of some of these cookies may affect your browsing experience.
Necessary Always Enabled
Necessary cookies are absolutely essential for the website to function properly. These cookies ensure basic functionalities and security features of the website, anonymously.
Functional
Functional cookies help to perform certain functionalities like sharing the content of the website on social media platforms, collect feedbacks, and other third-party features.
Performance
Performance cookies are used to understand and analyze the key performance indexes of the website which helps in delivering a better user experience for the visitors.
Analytics
Analytical cookies are used to understand how visitors interact with the website. These cookies help provide information on metrics the number of visitors, bounce rate, traffic source, etc.
Advertisement
Advertisement cookies are used to provide visitors with relevant ads and marketing campaigns. These cookies track visitors across websites and collect information to provide customized ads.
Others
Other uncategorized cookies are those that are being analyzed and have not been classified into a category as yet.
SAVE & ACCEPT